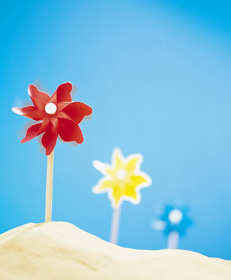 The main task of this field is to collect information on prevention activities in Hungary according to the EMCDDA standards and to inform the Hungarian professionals about the new trends, developments and evaluation methods on the European level.

Environmental strategies are prevention strategies aimed at altering the immediate cultural, social, physical and economic environments in which people make their choices about drug use. This perspective takes into account that individuals do not become involved with substances solely on the basis of personal characteristics but are rather influenced by perceived norms, values and informal rules in their communities.

Universal prevention strategies address the entire population (national, local community, school, neighbourhood) with messages and programmes aimed at preventing or delaying the abuse of alcohol, tobacco, and other drugs.

Selective prevention specifically addresses the vulnerability of specific sub-populations whose risk of a disorder is significantly higher than average. Often this higher vulnerability to problem drug use stems from social exclusion, e.g. for young offenders, school drop-outs, or students, who are failing academically.

Indicated prevention aims to identify individuals who are exhibiting behaviours that are highly correlated with an individual risk of developing substance abuse later in their lives (such as psychiatric disorder, school failure, dissocial behaviour, etc.) or, displaying early signs of problematic substance use, and to target them with special interventions.

National data is published in our National Report. Information received from member states is presented by the EMCDDA in the Annual Report and in publications concentrating on particular issues related to prevention. For evaluated prevention programmes and national or international guidelines see also the Best Practice Portal  of the EMCDDA and the EDDRA database.